The Beau-Rivage Palace in Lausanne, a historical hotel 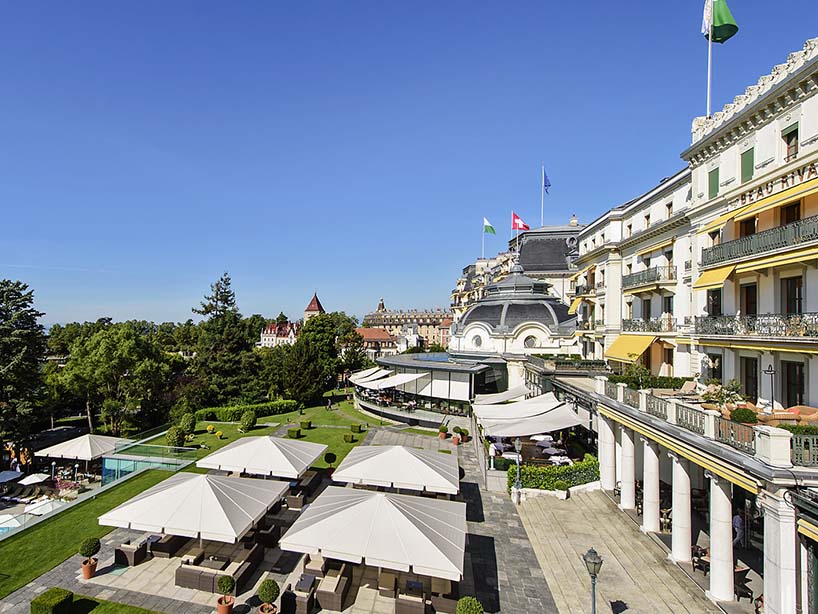 Located in the heart of Lausanne, the Beau-Rivage Palace offers a unique panorama over Lake Geneva as well as the overlooking Alps. Ranked among the best hotels in Europe, this 5-star hotel features 168 rooms, 34 suites and junior suites. It is home to 4 different restaurants, including the famous Michelin-starred restaurant from chef Anne-Sophie Pic and a 1,500-m² spa, thereby providing all the ingredients for an exceptional stay. Moreover, the Beau-Rivage Palace encloses a legendary ballroom and salons that provide a privileged setting for special events. Let us return to the evolution of this historical hotel that has come to skillfully blend modernity and tradition over the course of the years.

The story of the Beau-Rivage Palace began in 1857, with the construction of its first building, the Beau-Rivage. This era marked the beginnings of luxury hotels in Switzerland and particularly in Lausanne, upon the occasion of the construction of a railway station one year earlier in 1856. In 1860, a route connecting Lausanne and Saint Maurice was established, allowing the city to welcome a growing number of travelers. The location of the hotel, on a terrain of 4 hectares hugging the shores of Lake Geneva, appeared ideal. The establishment, initially built for 68 rooms, was built by 3 different architects: Jean-Baptiste Bertolini, François Gindroz, and Achille de La Harpe.

In 1908, close to half a century later, the hotel rode on the waves of its success and pursued expansion. Three new architects – Louis Bezencenet, Eugène Jost, and Maurice Schnell – thus built the Palace wing, which went on to give its name to today’s Beau-Rivage Palace. This intelligently thought-out construction, which took place in two parts, sought to preserve the historical aspect of the building, all the while conferring it a unique architecture thanks to a Neo-Baroque touch. The expansion of the Beau-Rivage Palace that took place in 1908 was also an occasion to offer new services for the clientele, such as a welcoming desk during special events. Thus the Sandoz Room was built, becoming the largest room of the hotel and extending over an area of 430 m² with a capacity for 600 people. This majestic room, featuring a remarkable architecture, shows within itself the historical character of the building. Since its construction, it has welcomed numerous important events, such as the talks among important Chiefs of State for the Treaty of Lausanne in 1923. 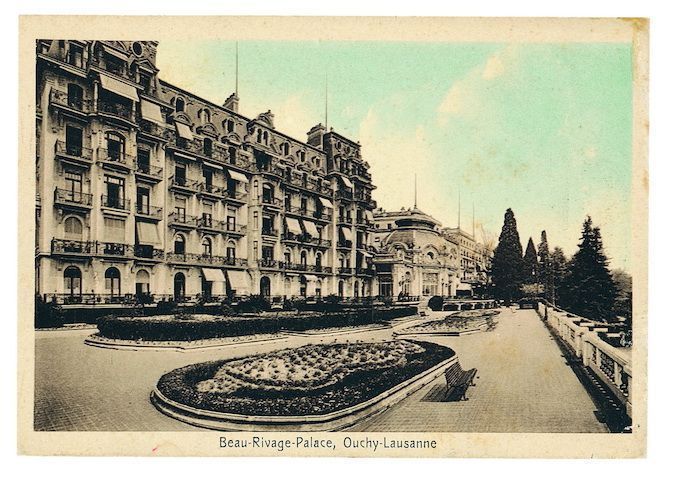 The Beau-Rivage Palace is thus an establishment imbued with history, as much in terms of its architecture as in the clientele that have had the chance to stay there. Indeed, numerous well-known names such as Coco Chanel, Charlie Chaplin and even Victor Hugo have chosen the Beau-Rivage Palace for their stay. The hotel has come to develop and preserve a remarkable service to satisfy their clientele. The staff teams at the Beau-Rivage Palace have as their mission to satisfy the demands of their clients and, moreover, to offer them a personalized stay. Thus, the hotel personnel demonstrate a delicate attention when preparing the room before the client retires for sleep, leaving an object for wrapping and storing a phone charger cable. It is a highly appreciated gesture, which, beyond its material value alone, reflects the quality of the service demonstrated toward clients. The staff at the Beau-Rivage Palace call this “Tradition in movement.” Their greatest desire is to live up to the expectations of their clients, thanks to the respect they show towards traditions, mixed with a necessary innovation.

This tradition in movement, the underlying theme of the hotel, has for instance been at the origin of the renovation of rooms in the 2000s. The Beau-Rivage Palace has called anew upon an interior designer, Pierre-Yves Rochon, to breathe in a fresh wave of novelty within the hotel. It will also be an occasion to install new technology – WiFi internet throughout the hotel, latest-generation LCD screens – without sacrificing the hotel’s traditional spirit. Whence comes the choice of conserving the Beau-Rivage Palace’s original furniture as much as possible, which has been present since the hotel’s opening in 1861. A careful attention has been taken in order to preserve the establishment’s spirit.

All the novelties within the Beau-Rivage Palace are integrated in a consistent manner and with respect to the places. One example is the Rotunda, which was built in 1908 in order to connect the Beau-Rivage and Palace buildings. The Rotunda houses a reception room, one that is smaller than the Sandoz Room but is no less legendary thanks to its moldings and historical frescoes. The hotel took on the gamble of adding within the glass Rotunda a restaurant named La Terrasse, providing breakfast service. Providing extraordinary lighting and offering an exceptional view on the mountains and Lake Geneva, this restaurant is perfectly integrated and confirms the capacity of the Beau-Rivage Palace to sublimate its establishment over the course of time, to provide an experience that is always more satisfying. 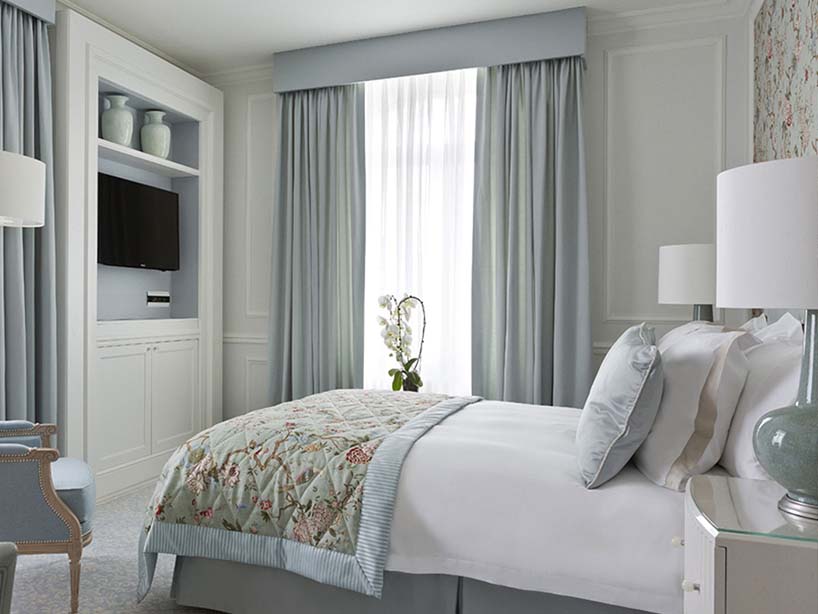 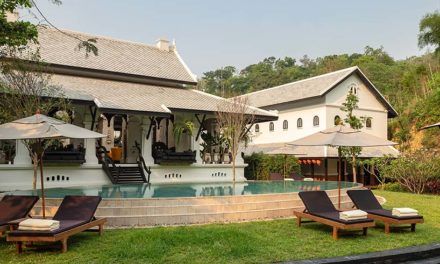 “Voyage within a Voyage” with Tarja Visan 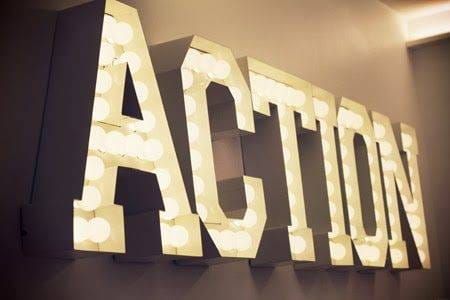